About a year ago, folks who use the McGrath lot in back of the Worcester Public Library got a shock when they discovered all of the parking meters removed and replaced with numbered signs, which required the parker to remember a number and go pay for their parking at a machine in a corner of the lot. Additionally, several rows of parking were put off-limits to the general public. It was a system that made very little sense, and was described on this blog in detail.

There was widespread confusion about the new system; within a few months, some of the flimsy number signs were broken off, and it beggars the imagination to believe that revenue has been any better since the new system was put in place.

The latest “improvement” to the system involves removing most of the number signs. You can now park in front of a metal pole with a wooden block on it:

There are a few numbered signs left, on which you can post your pleas for help: 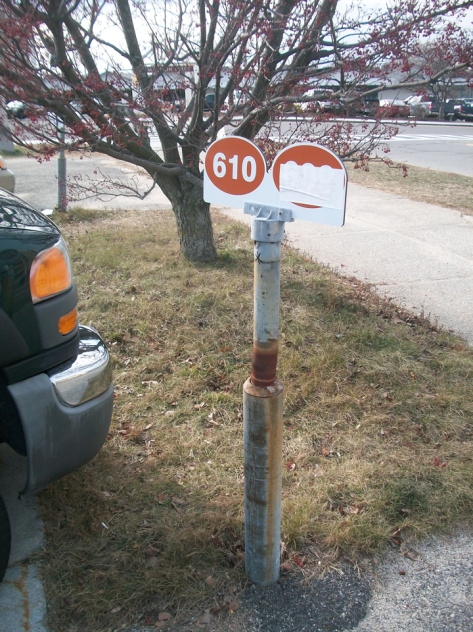 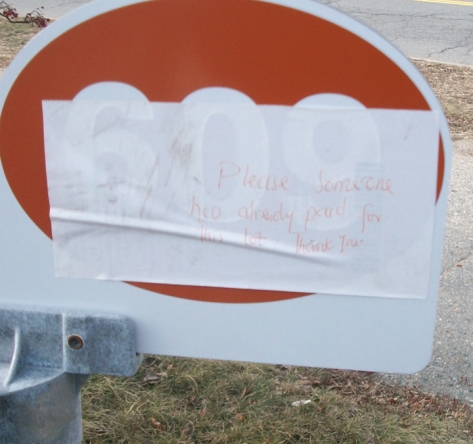 “Please someone hav already paid for this lot. Thank you.”

…or you could park in front of an empty sign holder: 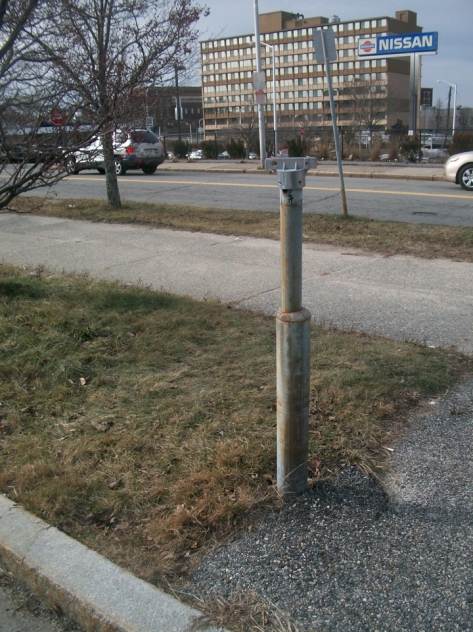 Whichever spot you pick, you’ll want to bring some tools to figure out your spot number. An ice pick would have been handy last week, a snow shovel the week before. Today you only needed a broom to sweep away the sand off the number painted on the pavement. 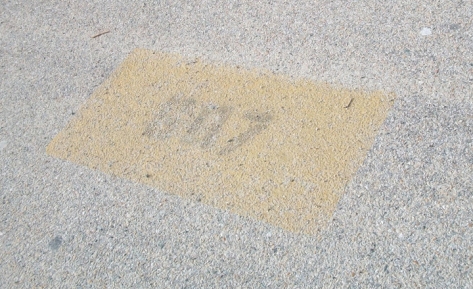 Remember not to park in the green section, which is usually mostly empty: 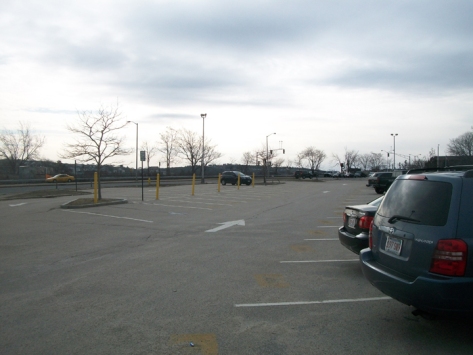 Don’t look for any clarity when you reach the pay machines — all of the helpful instructions and lot diagrams have been removed from the machines.

Despite all of this city-generated confusion, we saw a uniformed employee out ticketing cars on the morning these photos were taken.

It seems that if there’s a wrong way to do something, Worcester will find that way, and come up with a method to make it even more wrong.

One thought on “Slow-draw McGrath”