Coes Beach Family Day is scheduled for Saturday, June 27, from noon to 5 p.m. The rain date is Sunday, June 28.

There will be kayaks & canoes, guided hikes, and the Knights of Columbus will be selling hot dogs and hamburgers.

More via Mass Live or on the Coes Zone website

Today, courtesy of the Highland Street Foundation, admission to the following cultural institutions is free:

The huddled masses/wretched refuse will once again be paid attention to at tomorrow night’s Council meeting.

In item 10f, Councilor Russell asks whether the Council can ban folks from going through other people’s recycling bins for returnables.  In item 11c, Councilors Rosen and Gaffney ask about the extent of drug use in the main library, as well as whether the sharps disposal boxes on the first floor of the library have been working.

I would like someone to ask why we continue to try to find new ways to criminalize being poor, and when we can start considering drug addiction a community problem and not a library problem.

Kudos to the City Manager for putting a sharps container in the main library bathrooms.  We need more, and we need to stop pretending that this is a downtown issue, or that all who use opiates are poor, homeless, or regular library patrons.  There are people in your neighborhood, in all neighborhoods, even in Holden, who are using IV drugs on a regular basis.

Focusing on the library to the exclusion of the larger issue is short-sighted and dangerous.  (Not that that’s what’s happening here, but Council discussions can quickly degenerate into oneupsmanship of whose constituent saw more illicit activity in which bathroom.)

And, for goodness sake, if we spent as much time trying to get quality jobs in Worcester as we did for blaming folks for being poor and trying to pick up a few extra bucks, no one would have to head out early on a trash day for returnables.

TouchTomorrow will be held Saturday, June 13, from 10am to 4pm throughout the WPI campus.

On Saturday as well (6/27 rain date), the fourth annual Worcester Day of Play will be held at Elm Park.  You can find a schedule of events on their website.

And the Art in the Park opening reception will be on Sunday, June 14, from 3-7pm at Elm Park!

There will be 6 hikes earlier in the day along the MidState Trail that runs from Rhode Island to New Hampshire through Worcester County (gwlt.org/midstate)

Followed by a Celebration at Sibley Farm at 2pm (131 Greenville Street, Spencer).
Congressman James P. McGovern will be coming to show his support for the MidState Trail.
There will be Live Music, Free BBQ, Trail Information, opportunity for hikes, and a guided yoga session.

Come learn more about the 92 mile interstate trail next door!

The Fitchburg Art Museum will be free to all Worcester County residents on Sunday, June 7th from 11am – 5pm. 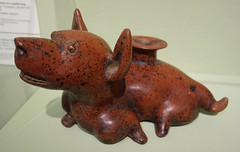 Worcester Earn-A-Bike will be holding a kids bike sale Saturday, June 6, from 12-4pm.

All kids bikes (not including geared or BMX bikes) will be on sale for $5. A helmet will also be provided free of charge courtesy of Breakstone, White and Gluck, PC.