Rick Rushton, quoted in the T&G article [$] “Rushton: Panhandling in Worcester has gotten even worse” (September 19, 2012):

“I’m even thinking about proposing an ordinance to ban solicitation of any type on street corners.” 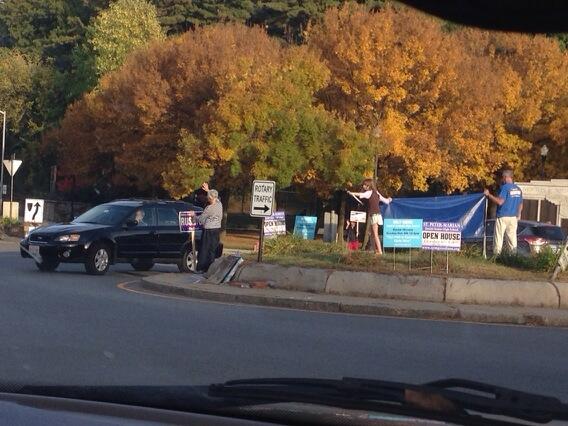 “This city has so many panhandlers.  It’s clear when a women on the corner of Park and Salisbury Street is driving away in her car and they’re getting dropped off in vans.  There’s something wrong here.”

In Worcester, it’s perfectly ok to pass an ordinance that few elected officials bothered to read.

In Worcester, it’s perfectly ok to ask me for something worth $4-5 (that is, my vote) at the intersection of Park and Salisbury Street, near a bus stop, and then drive away in your car.

But woe betide the hungry person who asks another for assistance.

I would say “For shame”, but obviously many members of the City Council feel none.