In the last installment, we discussed what pit bulls are and who’s really to blame for most cases of canine aggression.  Today, we’ll discuss one of the proposed ordinances the City Council has recommended: the Boston Pit Bull Ordinance.

What is the Boston Pit Bull Ordinance?
You can read the ordinance for yourself here, and this blog post is a good summary of the ordinance.

Here’s what you need to know about the Boston Pit Bull Ordinance:

How does the Boston Pit Bull Ordinance differ from Worcester’s existing dog ordinance? 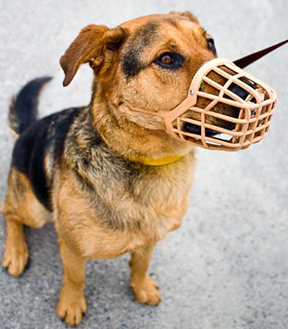 The existing Worcester ordinance already has many of the restrictions in the Boston ordinance: owners must be 18 or older, can only own two dogs, and must leash their dog when not on the owner’s property.  Dogs still need to be vaccinated for rabies, and there is an incentive in the licensing structure for “altered” (spayed/neutered) pets.

The Boston ordinance is specifically about pit bulls, and I’m not sure how much the additional items (muzzling, signage, photographs) would make the public safer.

Why is this ordinance being proposed?
According to Councilor Bill Eddy, “it’s simply an effort to help people feel safer in their community.”  (1.18 mark)   “[The pit bull] is an intimidating dog, it’s a powerful dog, it’s an aggressive dog.”  (1 minute mark)  “Statistics don’t lie.  Pit bulls represent 2% of our city’s licensed dogs, yet over the past two years represent 25% of our dog bites.”  (1.35 mark)

Would a Boston-style ordinance work in Worcester?
I’m waiting to hear back from both the Boston and Worcester police on dog bite statistics, and I’ll do a post on that when I get more information.

According to Allie Simone, “Sixty percent of dog bites occur in the home or on the property.  So, muzzling your dog walking down the street isn’t the problem.” (1.45 mark)

When I spoke with Pam Toomey, she agreed with this assessment, and noted that the proposed pit bull ordinance will not address most of the situations that would cause dog bites.  If someone enters your house or your yard, for instance, your dog does not need to be muzzled.  And, in many other cases, dog bites occur when a dog is running loose.

While we wait for statistics, here’s a list of pit bull bites in and around the City of Worcester that made the Telegram:

3.  September 2009 — a Southbridge police officer shoots a (loose) pit bull that attacked him.

4.  An August 2009 article describes an incident in which two dogs charged at police entering a residence.

5.  March 2008 — “This is a risk we have to take many times when we enter homes. We see a lot of pit bulls out there in the neighborhoods. On many occasions, officers have been attacked and hurt by uncontrolled animals,” said police spokesman Sgt. Kerry F. Hazelhurst (emphasis mine).

In cases 1 and 3, these are already violations of existing leash ordinances.  In cases 2 and 4, which both happened in Worcester, these dog bites occurred in the home, where a dog would not be required to be leashed, muzzled, or otherwise restrained, even under a Boston-style ordinance.

But Boston’s had this ordinance in place for over five years — surely they must be doing better!

1.  In December 2007, an off-duty Boston police officer shot a pit bull that was loose and which had attacked people.

2.  In November 2007, a Boston police officer shot a pit bull that was loose and had bitten people.

3.  In September 2007, a Roslindale woman sicced two dogs on Boston Police (in her home) as they attempted to arrest her.

4.  In July 2007, a Roxbury girl was bitten by a mother pit bull while looking at the mother’s puppies.  This appears to have been on the owner’s property.

In cases 1, 2, and 6, these are already leash law violations.  In cases 3, 4, and 5, these bites all occurred on the owner’s property, so the owners were ostensibly in compliance with the Boston pit bull ordinance.

It’s been very difficult for me to find statistics about the Boston pit bull ordinance without going through the official channel of writing a letter to the police.  If the ordinance has been working so well, why has there been no mention in the media that there have been far fewer dog bites?  Wouldn’t the City of Boston be shouting from the rooftops if this were the public safety boon they’d expected?